The first time I saw Beardyman was years back. I’d seen a lot of beatboxers but no one with enough charisma to really make a crowd participate. Most beatboxers take what they do quite seriously but Beardyman always managed to add an element of comedy and authenticity to his live shows. Having won UK beatboxing championships and appeared on a host of TV shows in the last year I caught up with him to see what he had in store next.

For those who haven’t seen you in a while what have you been up to this year?

I’ve been in hiding so far this year working on my debut album, a more advanced live-looping set-up and new techniques to do what I do. My new show is next level. I’m preparing for my first national tour. It’s called Open Sauce on the 1st of May and the idea is any one who wants can suggest something for me to do at the gigs on twitter or facebook. So far the suggestions have been a good balance between good tunes and silly ideas, ‘Irish Country Dubstep’ was a recent favourite of mine.

Beatboxers seems to be springing up all over the place how do you separate yourself from newcomers?

My straight beatbox style is my own and that’s done me proud, winning the national championship twice but its not my really focus anymore. I’m more in the business of making live music as soon as it comes into my head, using the mass of sampling and sound mangling machinery that I’ve accumulated. I’ve hijacked bits of equipment for guitarists, DJs, vocalists and electronic musicians and am using them for my own means. All with the intention of being able to rock up on a stage and make whatever music comes into my head. That’s always been my dream. Beatbox is just a key component in the way I do it. Every looper or beatboxer has their own style, their own show. Mine completely changes depending on the gig. I’ve done raves, comedy clubs, techno clubs, drum n bass nights, dubstep nights, and it’s easy to adapt knowing that I can get any idea out into the world instantly. I love it.

What music do you listen to? Any artist or DJ’s you rate currently?

I’ve been listening to a lot of Trentemoller recently. Some Totally Enormous Extinct Dinosaurs, Tipper, lots of random electro-house and tech-house, and Noisia’s new album. Also Max Tundra and Moondog. Moondog is this dude who was raised by Native Americans, dressed as a viking and lived in Manhattan in the 60’s. He made music that sounds like an African, baroque, hippy round-robin and doesn’t make sense.

You mentioned you are working on an album, what can we expect?

Expect the unexpected, but also expect lots of stuff that’ll make you screw your face up and make a loud sex noise. I’m keeping it fairly eclectic, some impressions of rappers, some weird characters, skits and stuff, but lots of sick DnB, breaks, ragga, hip hop, techno. Also some more chilled stuff… it’s gonna be immense and will be out in autumn.

Do you still compete at championships or are you more focused on establishing yourself as an artist?

The latter. I sometimes judge beatbox events, but I don’t compete anymore. Right now I’m trying to be the next Kylie. I’ve been working on some dance moves that’ll blow your face off.

The grapevine has it they you’re a classically trained musician, should we be expecting you to pop out an instrument to accompanying your beatboxing?

I’ve toyed with the idea of bringing the guitar out at a gig. It may happen. I’ll just have to see how I feel. I do play keys in my new set-up. But you can go and see any twat whip out a guitar and strum out a tune. I’m not trying to be Frank Turner, he’s got that nailed. I’m gonna just pummel peoples faces with noise until their eyes cave in. I have however done a thing with The Heritage Orchestra which will be available for download soon. We did a live improvised gig, me and the orchestra.

What have you got coming up this year?

A UK tour, loads of festivals, a tour of Canada, Japan, the Edinburgh festival and gigs on the Southbank, my debut album, a freestyle based show with some of the UK’s best freestyle MCs. There’s also loads of footage of projects I’ve done coming out too, like podcasts. Basically so much stuff that it makes my brain hurt.

Brownstone – If You Love Me (Brenmar & Murlo Remix) 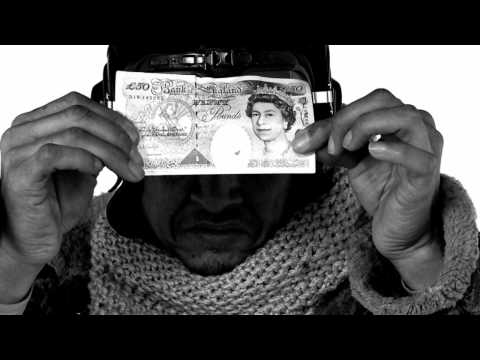