Allow the Love Train…Let’s all start a Daggering Train!

Every now and again you will be out with your friends, in a club or a bar or a pub, smashed out of your faces but despite your drunken stupor, someone will say something so profound, so perceptive and so erm, true that it sticks. It was one of those nights when a friend of mine came out with, “Bashment makes every girl think she’s sexy”. REAL TALK. As soon as the dancehall beats get wheeled every girl adopts the boobsandbattypoisedandpouting pose and begins to whine and touch her toes like her life depends on it. To be honest I don’t see the problem in this. And I’m not ashamed to admit that there is nothing I love more than being in a dark smoky club with my ample backside shaking in a mans crotch, toning my thighs in a more pleasurable way than most.

Hello my name is Loukia. I’m a Greek Goddess, I know everything and I love bashment.

Now if you’re a prude/timid/grandma/puritan, then it’s probably best you don’t read the following piece of text. If you’re shy of discussions about bits touching bits, bits going into bits, the exchange of bodily fluids and the pre-party involved in having a baby then click on the little ‘x’ on the corner of your screen now. And if you think the word pum pum is a phonetic expression of the sound a drum makes, then shut down your computer and never talk to me again. Call it Dancehall, call it Ragga, call it whatever you like but there’s no denying that the best name for it is BASHMENT. And the reason for that…it’s mostly about BASHing init. Duh.

Yes – bashing, mashing, lashing, sexy time, WHATEVER, bashment is music’s excuse for acceptable dry humping in public. Trey Songz said he invented sex, but we all know that’s a big fat lie. The truth is the Greeks invented sex alongside Vybz Kartel – it was an ancient collaboration project between the Greek Gods and the Dancehall artists. And it seems that no one loves banging as much as Jamaican Dancehall artists. Well everyone in the world probably does, but they’re too shy to show it. Or at least they’re definitely not as open about their lust for love-making, as people like Mavado (“squeeze her breast dem like the trigger of my gun”), Aidonia (“fuck yuh so hard like ah jail me ah come from”), Busy Signal (“morning, noon or evening gimme pussy”) and their fellow music men including Vybz Kartel, who says things like: “Girl I love how your pussy tight” and “Mi nuh wanna boring fuck”, as the opening line to his songs. THE FIRST LINE!

Most bashment songs and videos these days have to be censored for radio and TV. And unless you go to a specific night where you know bashment is going to get played, or to some really grimy bashment club (where a post private school girls like me would get eaten alive. And not in the good way because Sizzla said “No, no, no, no waaayyy…. badman nuh…erm…. go downstairs”), you won’t really get to hear much of it and it’s annoying for daggering enthusiasts like myself.

Everyone loves to moan about music glorifying crime, promoting blazing, dissing homosexuality or being derogatory to women and exploiting them as mere sexual objects for men to lust and thrust over. However the fact is , every genre of music involving a heavy bass, brandy/rum/champers and women that are in touch with their sexuality, is seen as disrespectful to the female species. Now being a woman myself I’m stuck in this argument. Whilst I fully embrace everything the suffragettes did for us, and whilst I realise that treatment of females as sexual objects for the use and gratification of men is not the lick, I’m still not sure if bashment offends me. In fact I know it doesn’t. And do you know why? Because it’s just music.

And so in light of this I recently decided to embrace my love for pum pum to the floor moves. My new life ambition is to become the world’s very first Greek Goddess dancehall queen. Until then, being a writer that chats bare shit will have to do. Now then, after 3 let’s all start a dagger train. Don’t be shy. Ladies let’s get in line and show the men our bestest whine and gentlemen poise yourselves. 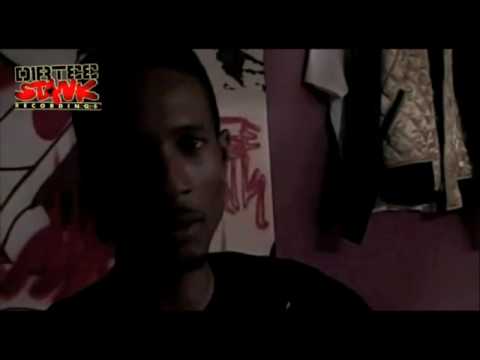 The Century Of The Self…