I met up with Southampton-based producer Royal-T, they guy behind this year’s Grime smash ‘1UP’ as well as set favourites ‘Gargoyle’ and ‘Mega’, to discuss Grime and his upcoming debut EP release on No Hats No Hoods. So, fundamentals first, who are you and where are you from and what do you do?

I’m Mark A.K.A Royal-T, from Southampton and I’m a beat maker. I would say ‘producer’ but I won’t do that until I start getting paid an annual rate!

You were the man behind 1up, undoubtedly one of the biggest grime tunes released this year. With it you have been catapulted up the producer rankings. When you were making the tune did you have any idea how big it would become?

Not at all. I remember sending it to Elijah and he asked me who else I’d sent it to, and told me to get a vocal straight away. Luckily I had a group of DJ’s that pushed the beat – DJ Smallz, Butterz DJ’s, Logan, Score Five and Vectra.

What did you think when you first heard P-Money’s version?

I thought it was perfect. The only person I ever had in mind for the vocal was him. At the moment, in Grime, he’s the best in the scene. He’s bringing back those old-skool Grime elements along with something original. He isn’t all about content or blah, blah, blah. P-Money is a 2009 D Double E – he’s got skippiness as well as catchy flows…He is what Grime is about.

Your new EP ‘1Up or Shatap’ is out now on NHNH. What does it feel like to have your work published?

It hasn’t quite sunk in yet just because of my location – all the business stuff has been done over the internet or phone. I can’t go up to London as much as I’d like to [and so] I haven’t met any people, or heard my tunes played out at a rave. Once I get the vinyl in my hands it will all feel a bit more ‘real.’ How would you describe your sound and how does it differ from what else is out there?

I’m not sure. It might sound a bit cliché, but I don’t follow everyone else. I know what I want my Grime to sound like and I think that sounds a lot different to what’s out there now. Gargoyle and Mega are similar tracks in the way that they are structured – both have a string intro that leads into a big drop. For me, it’s fast paced and hard. I don’t really like Drum ‘n’ Bass, but I suppose I’ve taken a lot of elements from it – the skippiness, the pace.

I always work on my ‘drops’ and make tunes for clubs. Being based in Southampton I’ve never been able to base tunes around MC’s – which is perfect as most producers will go into studio to make beats for them, whereas I make beats for DJ’s to be played out.

It’s a big statement but I think that without MC’s I think Grime could survive on its own. It just needs a bit of originality and that’s why I make 2-Step rhythms because if I made halftime tunes, it would be Dubstep. If I went slower, it would be Hip Hop. I think Dubstep now is what Grime should be – there’s more bass, frequencies etc…

Do you think Hip Hop has become too big an influence in Grime now?

Yes. It’s not that MC’s have necessarily picked bits out of Hip Hop in terms of lyrics or anything like that, but to gain credibility they’ve taken elements in their flow and content. Grime was punchlines and flows. Now it’s concepts.

You say you make music for the club and for a live environment, do you think that because raves aren’t as regular as they used to be, the Hip Hop element has come into play because people are listening to it more at home and on iPods?

I think it’s down to what people listen to. In London it’s a community. Everyone is swapping tunes and everyone hears what is going on. It’s got so competitive that making ‘hip-hop’ has become the trend. I can’t make Hip Hop, I listen to more UK based stuff. Back to the release, how has it been working with Magic?

Really good! He has really helped me with this release. Leading up to the release date there will be a lot more promotion – I think we have a Crib session with Westwood planned. I probably wouldn’t be where I am without his help.

He reached out to me on Grime Forum. We spoke about work and gradually it happened. We didn’t sit down and plan an EP, it was more of a case of a few phone calls here and there. This all took place around the time Big H went on Logan’s show.

What can fans and MC’s find on the EP?

Grime. There are different remixes, but I’m proud of it. It’ s Grime tunes being remixed and not the other way around.

The B-Side,  ‘Beatfighter’ has been on heavy rotation ever since I got it – how did that come about?

Well at the time I was listening to a lot of old skool stuff and thought that there aren’t any 8-bar switches anymore – tunes back in the day that used to get reloads. When I make tunes I make them so someone can get a reload out of them after the drop. The best example I can think of off the top of my head is FWD Riddim. 8 bar switches define Grime and I wanted to bring it back. It was easy to make as I had a Street Fighter sample pack.

It’s quite current with Grime MC’s and DJ’s battling each other on SF4 now…Was that something that inspired you to make it?

It was a bit. But I just thought it was a cool idea. Funny thing is I don’t even play SF4! Obviously I played it on SNES or whatever, I just like the sounds and the melodies.

Is sampling computer games to become one of your producing traits?

It wasn’t really intentional but people will relate me to it. A lot of other people are starting to do it and I’ll leave it to them…

SRC has sampled Mario and other computer effects. Is this a declaration of war do you think? To see who is the best SNES sampler?!

I don’t know! I will let my music speak for itself. I made ‘1UP’, maybe his tracks would be about if ‘1UP’ wasn’t made. But I’m gonna stop doing it now. I’ve got ‘Mega’ which is completely different to all that – with violins and stuff. Retro gaming is what I was into and that’s why I made them. P-Money seems at home on your tunes – he smashes Gargoyle live and one of his most memorable reloads on Logan was over Mega during the epic ‘M.O.E.’ set. Do you plan to work together again?

Definitely. We’ve been speaking for the last two months actually, we’ve got a lot in the pipeline. Again it might sound cliché, as everybody says that, but we are bouncing ideas off each other. We are on the same wavelength and have similar ideas. If you imagine Tempa T and Silencer, Tinchy and Maniac, then there is P-Money and Royal T. I’ve shown him beats and we have about four or five tracks that we are going to do. These might not even be for mixtapes but it’s just good to make music.

Would you both consider doing something like the Tinchy vs Maniac CD?

Yeah man, I would love to but I don’t want to go down that ‘VS’ route where the producer is in the spotlight. I’d rather produce a P-Money project and be credited as such. That’s the thing with Grime – there is no proven direction to go in. I know that P has a few things coming up so I’m going to try and get involved where I can.

What about the rest of the OG’z? You have worked with Blacks, do you plan to work with him again?</strong>

Yeah, I did the booklet for Sick Individual and we do speak. He did my first vocal (I Know My Place feat. Jendor) and at the start he took me under his wing.  He told me to keep working and gave me targets. He made me stay focussed and I’m grateful for that because he didn’t have to – we’ve never met. We are definitely going to be working.

Do you think an OG’z vocal of beatfighter could happen because I know people would want to hear that!?

There is one being done already, but I would love it to happen. I know Blacks really liked it and it would be good to hear him on it – but there would be no project after.

Have any other MC’s shown interest in collaborating with you? If so, who? Which artists have you been feeling this year?

Erm…P-Money, JME, Skepta, Frisco. In terms of tracks, Don’t Phone me was a big one. To be honest I haven’t been keeping up this year as I’m seeing the scene from a different perspective. Oh, I’ve been listening to a lot of Burial. It’s the darkest garage you can get and it’s not sequenced – it’s all free-flowing. That’s like an urban movie. I’d like to do something like that – evoke emotions and make songs with soul. Songs that have a start, middle and end.

What has been your highlight of the year so far?

Apart from the ‘1UP’ vocal, it has to be Dizzee spitting over my beat on Logan’s Newham Generals set. That was surreal – I jumped around the room when I heard it! Hearing things like that keep me optimistic.

A CD, another EP. I’ve made 6 EP-worthy tracks. I’m not really on making mixtape-fillers – I want to boost raves, just bring that influence back. 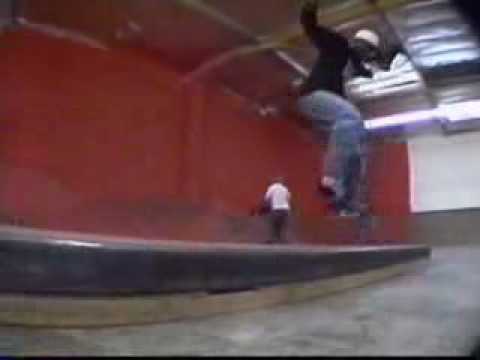 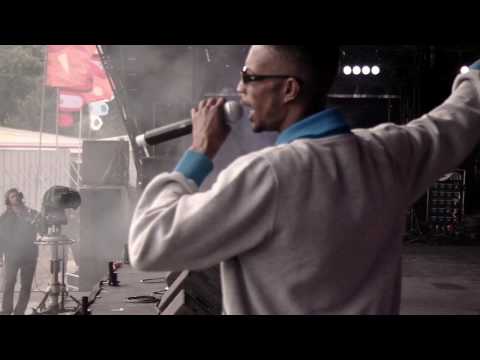