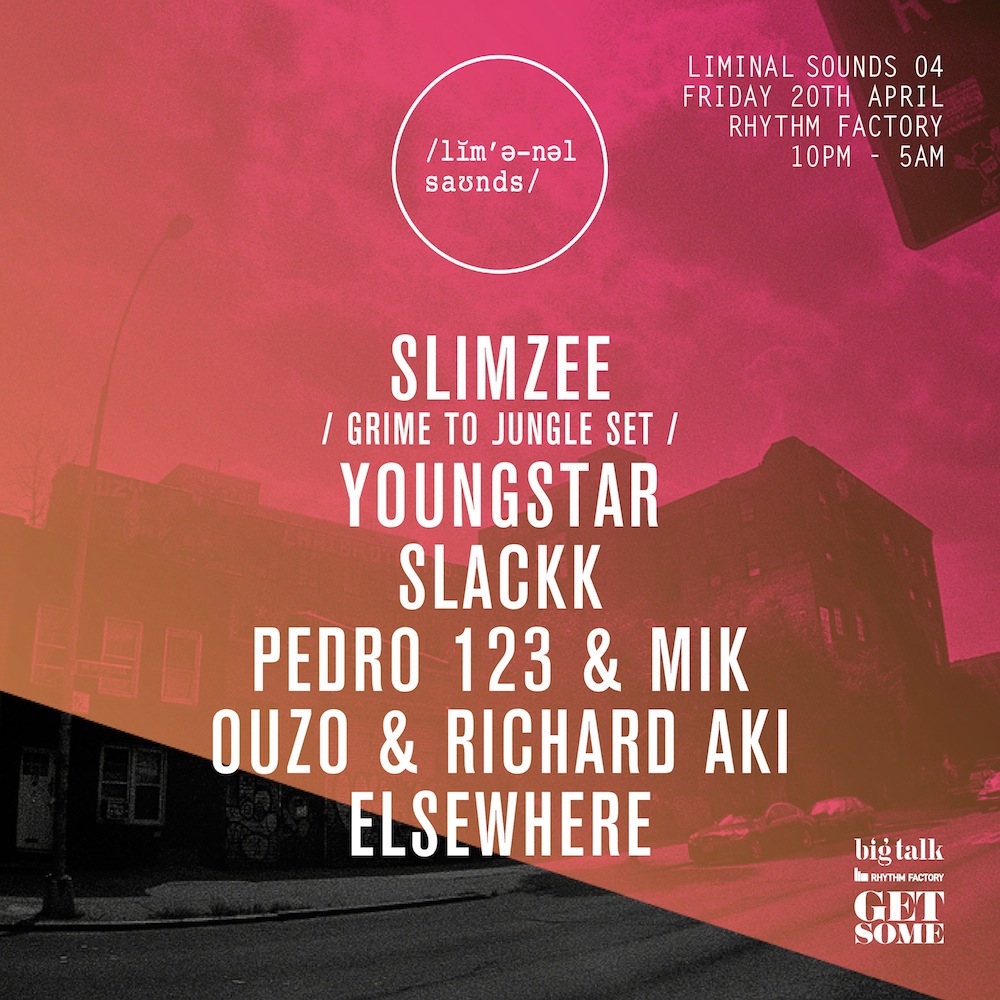 LIMINAL SOUNDS are back with a grime packed fourth installment of their clubnight at Rhythm Factory featuring talent from Slimzee, Youngstar, Slackk, Pedro123 & MIK, Ouzo & Richard AKI and resident selecta Elsewhere. WE LIKE!!

Expect grime, eski, acid and a matter of rugged sounds making an enjoyable assault on your dome piece. Lil heads up – Slimzee is playing a GRIME TO JUNGLE SET – you do not want to miss this!!!

Whats more, Liminal Sounds have even got their guests to remix the seminal grime tune ‘Pulse X’ by Youngstar himself…and they’re free for the taking via FACT MAG.

FREE ‘PULSE X’ REMIXES:
Youngstar’s ‘Pulse X’ is widely credited as the first grime tune – having been released over 10 years ago, such is the power of the track that it still regularly draws rewinds in clubs every weekend and finds its way into the record bags of a diverse range of DJs. With Youngstar having generously given us the parts to the original tune, we got 3 artists from our line-up to re-work the classic, resulting in ‘LS004’ – the latest in our free remix EP series – paying homage to one of the most important tracks of the last decade and drawing connections between 2 generations of grime producers.

These guys go above and beyond with their promo game and show a true passion, demonstrated by the 100 limited edition zines they knocked up and dropped off in London shops including Rough Trade East & West, Phonica, BM Soho, Beyond Retro, Honest Jons and more. Zine treasure hunt! Check out shots of the zine HERE.

I know how cool it is to reminisce over dog-eared flyers from parties gone by so these will be real memory knee jerkers in the future…especially if you’re a booze hound who wakes up with nothing but a bunch of vague recollections (in other words…me) and an empty bank account. 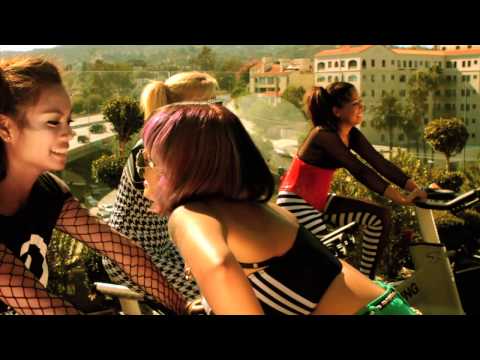 PARTY WITH YOUR RAT OUT 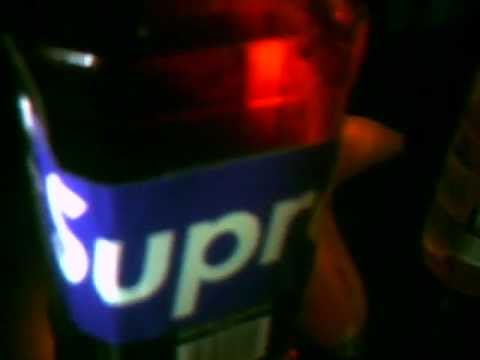 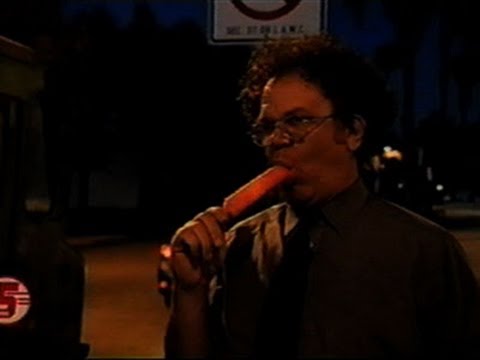 DARK NIGHT OF THE STEVE