The nomadic Top 5 returns in the midst of fashion week. The catwalks of London are engorged with Fashion houses new styles, reacquainting their love affair with those who subscribe to its pilgrimage. How fitting is should be that this week long Top 5 is hosted by none other then Fred Butler. She is someone I discovered late but upon this discovery her work seems to be quite prominent in my forays into style and art direction. Fred has recently launched a pop up shop for this weeks fashion week. You can find her jewelry, designs and new film “Wham Bam, Tangram Famalam” screening at at 53 Monmouth street, Seven Dials, Covent Garden.

Enjoy Freds’ selection, they are very very captivating your in for a treat.

“I first discovered the cosmic work of Andrew Logan when I visited the National Portrait Gallery when I was a child and saw his mirror mosaic bust of Zandra Rhodes. It was like nothing I had ever seen before and totally fascinated me. He’s a very magic soul who creates giant scale sparkling sculptures in every colour of the rainbow and dresses in that exact same shiny spectrum palette. He lives in a glasshouse that streams in the sunlight which reflects off the myriad if mirror surfaces and is a real dream world interior space – more like a gallery than a home! Andrew’s open and caring nature is very uplifting and contagious and any time I feel disillusioned with my career I coincidentally seem to come into contact with him and he breathes new faith into me like Aslan the lion in C.S Lewis “The Lion, The Witch and the wardrobe”. The first creative trigger for him was a premonition from an acid trip ……… Which leads me to tomorrow…..”

“Leading on from yesterday’s psychedelic tip of Andrew Logan’s trip …… to my next top 5 subject – the mind-bending, hallucinogenic and hedonistic hey day of Haight Ashbury in 1970’s San Fransisco. “The Cockettes” were a progressive movement of co-habiting creatives’ who lived a utopian ideal with communes that co-existed via a support network of each house taking a role to contribute to the community. It consisted of mostly drag artists who dressed up in costume for every day attire and became world famous for putting on Cabaret shows. I wish the world was still so free and un-burdened from consumerist culture for this kind of care-free existence. I’ve chosen them for this edit due to their outrageous and ostentatious joy in applying obscene amounts of makeup and garments to simply push the limits of enjoying every day. The documentary that charts their story is totally awe-inspiring and hilarious in equal measure. They were completely unique and their legacy has a lot to live up to”

“The biggest inspiration to me for pushing the extremities of enjoyment via blurring the realms of fashion, art and performance is Leigh Bowery. He was a walking work of art and used his presence as a physical canvas to take his unique vision around the globe. I love the way that he had a sense of humour in everything he did which has left an uplifting and enlightening legacy. It’s difficult to be taken seriously when your work is intrinsically ridiculous, so I admire that he was able to make earnest statements and test perceptions of taste and behaviour through comical tactics. Essentially, he just cracks me up and brings a smile to my face whenever I think of him, which is something I try to embrace in my own output. I’m lucky enough to own a portrait of him which is a daily reminder to be strong in sticking to your vision to preach positivity and convert cynic criticism”

“In a similar vein to Leigh Bowery for both his innate humour and penchant for playing with perceptions of the body, I have chosen Grace Jones via Jean Paul Goude for my 4th Top 5. The duo who paired up on the art direction of her most iconic imagery made that incredible cover for Island Life by slicing up the portrait to extend her Amazonian long limbs to make an even more other-wordly gazelle goddess super hero. Every single “look” they engineered in both still and moving image for her various incarnations are pure genius and have had a massive impact on all creative fields from graphic design to fashion. Jean Paul Goude celebrated the beauty of female form and the wonderment in freak of nature by fetishising Grace’s powerful and terrifying persona. I collect her record sleeves to gather as much of it as possible and particularly love a VHS of all the videos which quite frankly shit all over contemporary music promos, even though they were conceived prior to CGI. I don’t know where I would be without this body of work as inspiration to be brave and take ideas to the max…………. and think that is true of most art directors working today”

To end my international Top 5 (British, American, French, Jamaican, Australian) I have selected Japanese artist Mariko Mori as the climax to conclude the collection of garm-centric creativity. Mariko Mori started out taking self portraits in costume against back-drops of every day Japanese life as social commentary, almost akin to an Eastern answer to Cindy Sherman. She then started to implement the futuristic technology of the country’s culture to create more hyper-real sets and scenarios. It was these ethereal, cosmic clips that captured my teenage imagination, and Ive been an avid fan ever since. She now builds insanely complex interactive spacial sculptures where you hook yourself up to the device and become part of the multi-sensory experience by changing the colours and sounds with your own thoughts. I’m blown away by her amalgamation of art and science within a gallery context, which I haven’t witnessed executed to the same level of inordinate attention to detail by anyone else. Ive qued for hours to take part in the few pieces I have been able to visit when she has shown in Europe and each one has been totally worth it! I was so pleased that the RA gave her a show recently and its quenched my moreish Mori fascination for another few years until the next opportunity…………

You know when you Hi Five your boy in the street…? 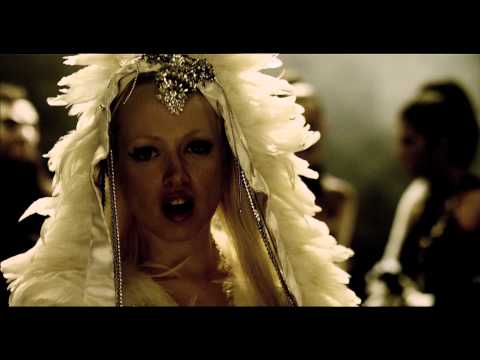 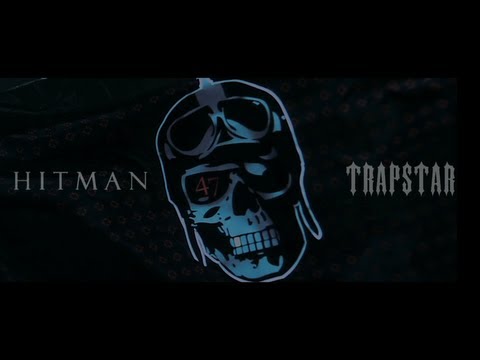