I spent the summers of my shaky formative years in France and one rainy day we went to a bowling alley where bumpers up, popcorn down I had my first taste of French hip hop. As basic as it sounds,hearing somebody like MC Solaar was a revelation. Yes, localised scenes beyond the overbearing and overheard UK/US market actually existed and they all weren’t licked up and down by my mother tongue. I guess since then I’ve looked outside that box and paid pretty close attention to what’s occurring over The Channel. Face it, music aside – who couldn’t be deeply romanticised by a nation who love their language so much they break ranks and refuse to speak English on Eurovision? Hate the word ‘hashtag’? Don’t let Burger King in? (Except maybe here).

Anyway…as my musical taste started to annexe itself away from tinny tastes of jungle on Radio One and naive splashes of trance off badly compiled Club Anthem CDs, I stumbled across French DJ and record label head Teki Latex who at the time seemed to own a multitude of multicoloured Lacoste shirts. From the TTC and Institubes days way through to Sound Pellegrino and visual-meets-aural bouquet of delight Overdrive Infinity – Teki has always had a finger on the pulse of new and exciting music, positioning himself as a trusted source across a plethora of genres including hip-hop, techno, party-hearty club music and of course the imitable ‘Eurocrunk’ (which will always hold a fondness in my heart). I caught up with Teki before his set at the GetMe! 8th Birthday special this Saturday to wax lyrical about 80s pop (special mentions to Orchestral Manoeuvres in the Dark), how the Top 40 may sound in 2050 and music as an object (which sounds like the dream antique for the grown iPod Generation).

Read on and get psyched for Saturday…

If the music you play was an object or alive what would it be?

It would be a golden sphinx robot with red eyes sitting on a polished red & black checkerboard and the whole thing would be some sort of mechanical statue at the entrance of a high-tech theme park.

Imagine you have an artist palette but its full of sounds instead of colours to make the perfect beat. What are the sounds?

You know If I had the answer to this question I would produce songs. What I’m attracted to in music (and also what makes me unable to compose my own) is sounds that appear super alien to me, impossible to pinpoint or reproduce, weird and mysterious (I guess) synth sounds that don’t appear organic. Stuff that sounds like sounds a time traveller would bring back from the future to blow our sorry little present-dweller minds. But then again to me Orchestral Manoeuvres in the Dark still sounds like exactly that.

Is there a music scene you really hark back to or reminisce on? Like a particular time in the French scene? Or do you constantly live for now and the future?

I like music that sounds like the future even if it was made in the past. I will always have profound respect for 80’s pop, probably because it was the music cool young adults listened to when I was a stupid little baby who wasn’t old and cool enough to hang out with them. So there’s that and in terms of the relatively more recent French scene I wouldn’t say I’m nostalgic but I feel like there were things in the first part of the 2000s that deserved to be dealt with a little bit more in depth. I’m thinking about some of the experiments that were made when French DJs and producers finally became self conscious of the fact they had one foot in hip hop and the other in electronic music. It was a micro scene, or rather an embryo of a scene, that some have called “Eurocrunk”. The stuff that happened, or was about to happen around 2003 when experimental rap/IDM fans started understanding that most of the stuff they were listening to sucked, and turned to Top 40 RnB and “dirty south” rap as well as ghettotech and plain dance/house/techno for inspiration. It all merged into a weird half intellectual half club-oriented thing that was specific to Europe and mostly France, and then right away it got erased from the map by the arrival of 4/4 banger electro which took over everything in France for the following 7 years.

Do you have a favourite track of all time?

How do you think music will be in 2050? Imagine the freaky genres or devastation left by a 15 year reign of PC Music. (I’m personally looking into being cryogenically frozen until 2090 when I’ll wake up to start a tap dancing troupe with Willow Smith…who will have not aged at all).

I think PC Music is a bit lame. I actually used to think ‘Do You Know Squarepusher’ sounded like what the Top 40 would sound like in 2050 but now I think I was being a bit optimistic and maybe music will be lame because people won’t care about it as much as they care about say memes, energy drinks or making the revolution. However I stay attached to my fascination for futuristic music. When I think about the future I think about robots and cool, dangerous stuff and super charismatic stuff not anonymous, replaceable harmless stuff. My version of the future is dangerous, but also fun! In a pure, sincere way.

Do you believe in past lives? What do you think or like to think you were before? Maybe like a spirit animal.

Is there a typical day in the life of Teki? What do you do when music sleeps (if it ever does!)?

I watch SO MUCH TELEVISION and I read about Game Of Thrones, the main series of books and the whole insane mythology surrounding it. Did you know there was a race of prehistoric sub-aquatic men in the Game Of Thrones universe that inspired the religion of the Drowned God to the inhabitants of the Iron Islands? That’s the kind of stuff I like to think about. My addiction to TV started with Lost and now I really watch a lot of stuff, including tons of comedy and some bad TV to help me sleep. Other hobbies of mine include Japanese outerwear magazines, sneakers and eating in great restaurants.

If you could spend a day with any figure of interest/musician etc (dead or alive) who would you choose and would what you do together?

I’d truly love to spend a day with Larry David from Curb your Enthusiasm/Seinfeld, drive with him around L.A, go to eat Palestinian Chicken with him, just hang out, talk about life to see if he is the same as on his show and get inspired. Or George RR Martin of course! in a world where he wouldn’t be annoyed by me asking him a million questions about Game of Thrones.

How are you finding your projects like Sound Pellegrino, Overdrive Infinity, Rinse France shows? Do you enjoy working with others (like Orgasmic) and pushing into new territories? I ask this as your music ventures have always been fresh and innovative…also you must be the only record label with its own supporter scarf!

I love working with Orgasmic and I wouldn’t be here without him, he’s one of the people who taught me how to DJ and he’s still a major source of inspiration for me. He constantly plugs me on to new musical genres, labels and artists. We’re both very easily bored so in order to stay excited we have to dig constantly and it keeps us on our toes, which is good i guess. Emile from SND.PE is also great at finding concepts to renew interest in the label, like ‘hey let’s make a magazine about architecture!’ or ‘yea a supporter scarf!’. We love tons of different stuff and Sound Pellegrino is a great excuse to produce things that make us happy.

Where is the first place you head when you arrive in London?

Have you been following the GetMe guys over the past eight years or been to the parties before? And what do you expect from Saturday? Is there anybody on the line-up you are hyped to play alongside?

I had heard the name and knew about the label but I’ve never been to one of their parties unfortunately. I’m excited for every single person on the line up because they are all heroes of mine. I haven’t seen Girl Unit play as Hysterics yet so I’m looking forward to that. And hangin out with Goon Club cause they make/release some of my favorite tunes right now and they seem like fun Goonie Goo-Goos. 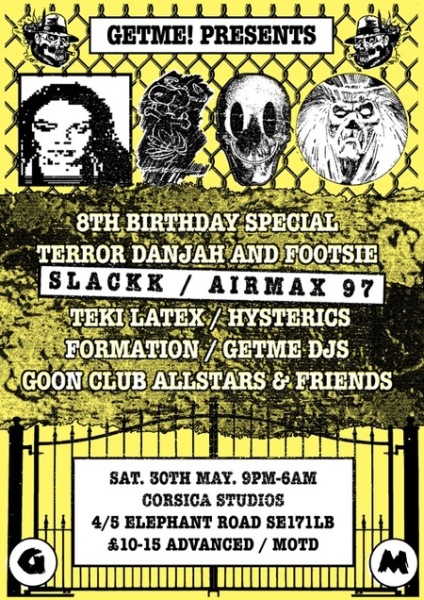 See Teki in action at the GETME! 8th Birthday this Saturday 30th June at Corsica. 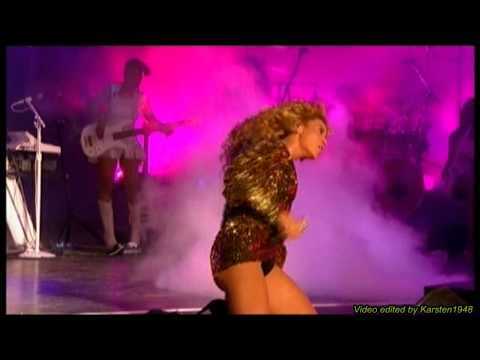